Why is this? There are different proposals for why women outnumber men in this movement. Some suppose it could be biological or socialized differences that trigger a more nurturing response to animal injustices in women vs the expectation of a tougher response from men. Others feel that as an oppressed group, women find animal oppression relatable and are moved to give animals the voice they do not have. 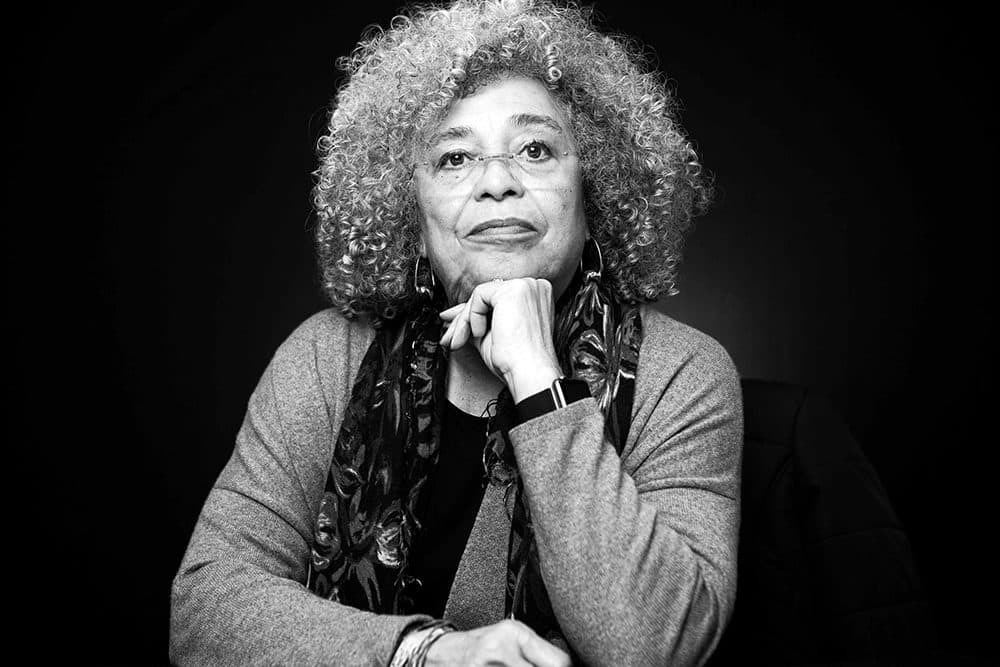 This latter view aligns with other social justice advocates similarly campaigning for all forms of oppression, including that of animals.
For instance, Angela Davis, a prominent civil rights leader, has connected racism to violence towards animals among other injustices like sexism, anti-semitism, and harm to the environment.

Visionary women throughout history have noted the connection between rights for animals and rights for women, and have made an impact in this world by advocating for both. Let’s take a look at a few of these remarkable women from the early animal rights movement days in the 19th century to modern day activists.

19th Century – Anti-vivisection and suffrage
Vivisection, the practice of operating on live animals, was an initial target of animal rights activists in the 19th century. Many feminists saw parallels between their own struggle for gaining a voice through the vote and this unimaginable cruelty towards helpless animals that was growing in the male-dominated medical and scientific community.

Frances Power Cobbe was an Irish animal rights and suffrage activist during the 19th century. She was born in 1822 to a well-off Irish family and became a writer, publishing a number of books and essays. Much of this was on the abuse of women and the ethics of vivisection, including 1863’s “The Rights of Man and the Claims of Brutes” which detailed the agony “wise”, “honourable” men put horses through for science, arguing for protection against these abuses. She founded the world’s first society campaigning against animal experimentation in 1875, the National Anti-Vivisection Society. Cobbe advocated not just for ending vivisection and giving animals a voice, but also to empower women and give them a voice with suffrage, serving on the executive council for the National Society for Women’s Suffrage. 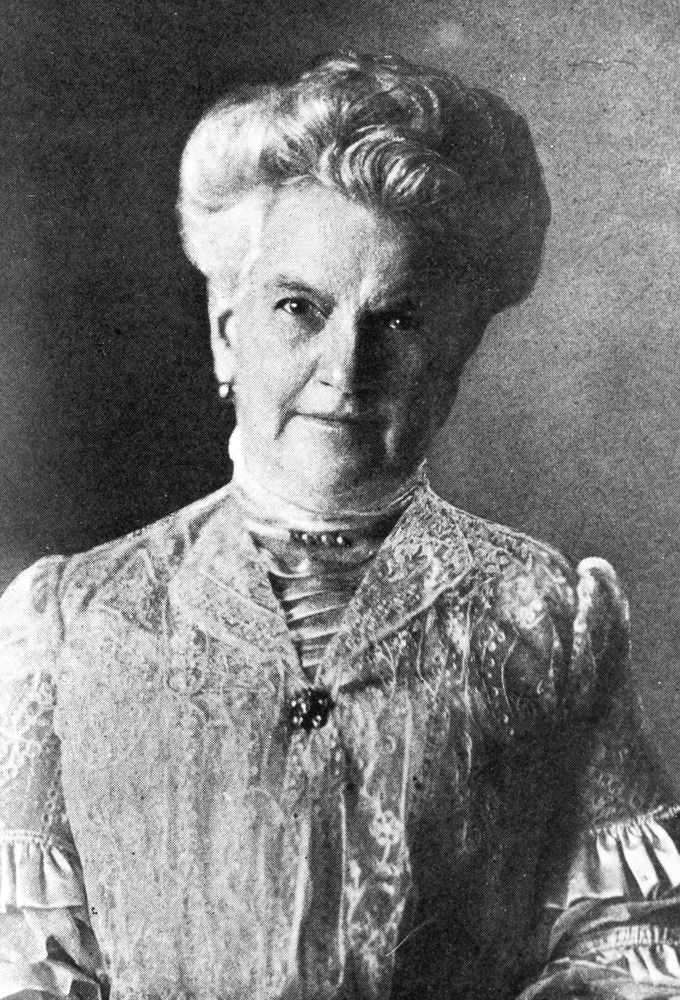 Caroline Earle White was an activist from the same period as Cobbe but in the United States. She was born and raised in Philadelphia to abolitionist parents. After seeing the abuse of work horses on the streets of Philadelphia, she was drawn to advocating for these suffering animals who had no voice. White co-founded the Pennsylvania Society for the Prevention of Cruelty to Animals (PSPCA) in 1867, and her husband served on its board. White went on to found the Women’s Humane Society in 1869 and later the American Anti-Vivisection Society in 1883 on the recommendation from Cobbe. White also wrote for a suffragist journal in Philadelphia and was well known in the suffragist community.

Alice Morgan Wright and Edith Goode were two American friends born in the late 19th century who met while attending Smith, graduating in 1904. They participated in the suffrage movement as members of the National Women’s Party, and later advocated to the United Nations for protections towards animals in addition to feminist causes. They both campaigned in the US as well for animals, notably helping pass the nation’s first law on humane slaughter in 1958 and pushing back against legislation allowing pounds to offload animals for cruel scientific experimentation. They also recognized the role in education to prevent abuse, helping found the Humane Education Society in 1948.

Wright and Goode believed there was a strong link between the injustice and oppression of women and that of animals. This was a view replicated by women later in the century with the rise of ecofeminism, the movement connecting the oppression of women with the exploitation of the natural world.

Dr. Marti Kheel was a prominent American ecofeminist who advocated for animal rights, founding Feminists for Animal Rights (FAR) in 1982. She was born in 1948 in New York City to parents both involved civically in the city. She became progressively more aware of animal issues in her 20s, which drew her to animal rights and the Animal Liberation Collective. After noting sexism in the animal rights movement, Kheel created FAR in an effort to bridge the gap between the two movements. Kheel has written a number of books and articles linking animal oppression and women’s oppression, calling attention to ideas such as the ties between meat eating and masculinity in Vegetarianism and Ecofeminism: Toppling Patriarchy with a Fork. 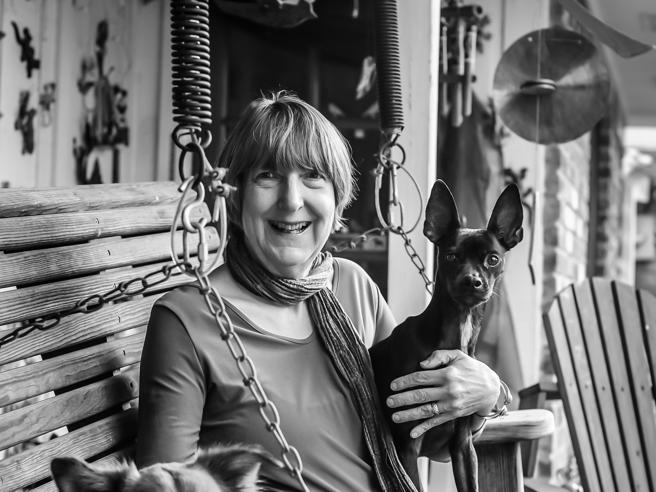 Carol J. Adams is a modern feminist, animal rights activist who clearly connects the two movements. She was born in 1951 in New York, and was raised by activist parents. Adams has written a number of books exploring the connection between the oppression of animals and the oppression of women, most notably “The Sexual Politics of Meat”. She’s educated others about moving to a vegan diet, coining the term “feminized protein” for dairy and egg products made from the exploitation of female cows and chickens.

All of these inspiring women mentioned so far saw a link between the oppression of animals and the oppression of women, dedicating much of their lives to the advocacy of both. That’s not where their similarities ended however. Most showed early affection for animals and had parents that were engaged in activism which could have helped inspire and support their daughters’ endeavors. Also notably, all were white and financially secure. This highlights that despite the similarities between oppression of animals and oppressed human groups, historically the animal rights movement has lacked diversity in areas such as race and socioeconomic status. 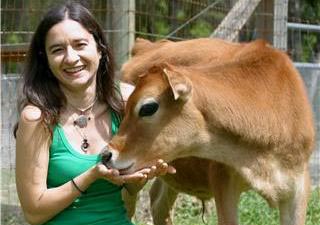 Today, women leaders in the animal rights movement connect animal exploitation not just to the oppression of women, but also the oppression of other marginalized groups. For instance, lauren Ornelas is a prominent animal rights advocate who connects animal rights to workers rights. Her organization, Food Empowerment Project, fights to advance the rights of farm workers along with promoting ethical veganism.

h Ko and A. Breeze Harper are two women leading discussions about the link between racism and animal exploitation. Ko created the and wrote the book, Racism as Zoological Witchcraft, which dives into white supremacy and animal abuse. She also created the platform Black Vegans Rock to promote a more diverse representation of vegans.

Harper is a notable author of intersectional books on racism, feminism, and veganism including Sistah Vegan, the collection of essays from black, female vegans on food, identity, health and society. She notes “that no beings can ultimately have a life of least amount of suffering and pain if we all exist in a machinery of oppression in which gears of systemic racism, white supremacy, speciesism, poverty, homophobia, etc., are not taken apart”.

These three women are just a few examples of the many female leaders of the animal rights movement today. Despite the historical lack of racial and socioeconomic diversity in the movement, this is rapidly changing with more leaders and organizations such as NARN advocating for the rights of all animals, both non-human and human.

[vc_row][vc_column][vc_column_text]NARN is excited to offer summer 2022 internships to law...