$7,600 Reward Offered for Info on Wolf Poaching in Eastern Oregon

PORTLAND, Ore.— Conservation groups are boosting by $7,300 the reward for information leading to the arrest and conviction of those responsible for the poaching of a 1.5-year-old female wolf in Baker County around Oct. 29. This is the second known wolf poaching in Baker County and the Wallowa Whitman National Forest in the past five weeks.

“Oregon’s small wolf population faces an increasingly large poaching problem that could affect whether these incredible animals fully recover here,” said Amaroq Weiss, a senior West Coast wolf advocate at the Center for Biological Diversity. “With federal protections disappearing soon, we fear these two recent wolf poachings could become just the tip of the iceberg. We’ve got to crack down on these illegal killings.”

The slain wolf, found in the territory of the Pine Creek pack, was discovered by an elk hunter who reported it to the Oregon State Police. According to law enforcement, the wolf was illegally shot off Forest Service Road 3990 in the Grouse Flat area of the Wallowa Whitman National Forest, about eight miles northeast of Halfway, Oregon.

The coalition has contributed $7,300 to the reward. The Oregon Department of Fish and Wildlife Turn in Poachers division also offers a potential $300 reward for information regarding wolf poachings.

Anyone with information regarding this case is urged to contact Oregon State Police Sgt. Isaac Cyr through the Oregon Department of Fish and Wildlife’s Turn in Poachers (TIP) hotline at 1-800-452-7888 or *OSP via mobile. Tips can also be submitted via email to TIP@state.or.us (monitored Monday-Friday 8 a.m. to 5 p.m.).

“It’s clear that we need to take a new approach toward the lawless disregard some have toward Oregon’s wildlife,” said Danielle Moser, wildlife program coordinator for Oregon Wild. “Our current system is not up to the task of bringing criminals to justice. This culture of poaching permissiveness, plus the recent decision by the Trump administration to remove federal protections for wolves, puts wolf recovery in Oregon in real jeopardy.”

A little more than a month ago, on or about Sept. 24, the breeding male wolf of the Cornucopia pack was also found shot dead by poachers. Conservation groups and the Oregon Department of Fish and Wildlife have offered a reward of $6,150 for information leading to the arrest and conviction of the person or persons responsible in that case. Law enforcement has not indicated whether they believe the two killings are connected.

“Wildlife poaching in Oregon is widespread, with most of it unreported,” said Wally Sykes with Northeast Oregon Ecosystems. “I urge all Oregonians to report it when they see it, not just for a reward but for the protection of the wild populations treasured by all of us. The killing of this wolf is a crime against every one of us.”

Since 2015, there have been 17 wolves found dead in Oregon, including these two latest incidents. Up to 16 of these have been investigated by the Oregon Department of Fish and Wildlife as poachings. Thirteen of the wolves had been illegally shot, one was poisoned and the breeding male and female of the Sled Springs pack were found dead together under suspicious circumstances. An additional pup was found dead; the pup’s cause of death could not be determined.

Arrests and convictions have been made in only two of these instances.

“The killing of a second Oregon wolf within the last several weeks is an absolute outrage,” said Brooks Fahy, executive director of Predator Defense. “It is critical that this criminal be brought to justice.”

The Trump administration announced last week that it is stripping federal Endangered Species Act protections from the gray wolf across most of the country, including in western Oregon. Since 2011 wolves in the eastern one-third of Oregon have not had federal protections and were managed solely by the state.

Apart from these described circumstances, it is illegal to kill a wolf in Oregon. Oregon does not currently allow wolf hunting or trapping seasons.

“At a time when the Trump administration is revoking federal protection for wolves, poaching in Oregon in 2020 remains an ongoing threat to the recovery of wolves in the West,” said Stephanie Taylor, program director for Northwest Animal Rights Network. “In the last five years, we’ve watched an increase in poaching of wolves and in response Pacific Northwest states have continued to pull the rug out from wolves time and again. We simply do not trust these states to manage wolves for recovery at the state level.” 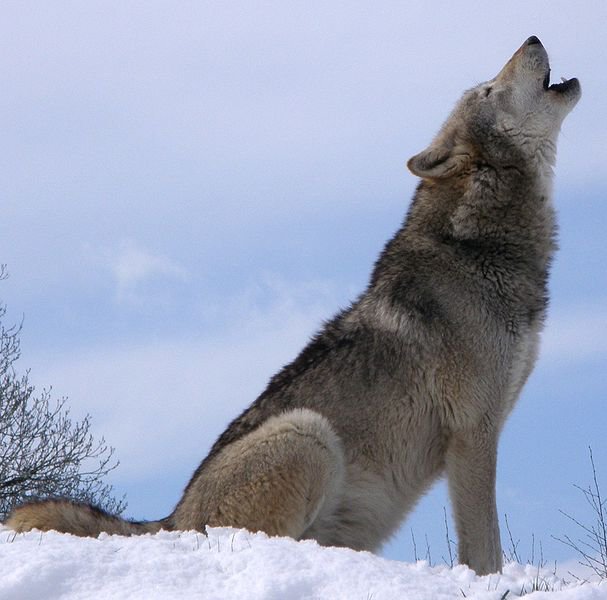 Gray wolf. Photo courtesy of Wikimedia Commons. Image is available for media use.

The Center for Biological Diversity is a national, nonprofit conservation organization with more than 1.7 million members and online activists dedicated to the protection of endangered species and wild places.

Oregon Wild works to protect and restore Oregon’s wildlands, wildlife and waters as an enduring legacy for future generations.

Northeast Oregon Ecosystems – Speaking up for Oregon’s environment and wildlife.

The Northwest Animal Rights Network advocates for the rights of all sentient beings – the right to choose, to be free from oppression and exploitation – by pursuing campaigns, facilitating education, and connecting Pacific Northwest organizations.

[vc_row][vc_column][vc_column_text]NARN is excited to offer summer 2022 internships to law...